Without a doubt, the best thing about The Cement Garden is the author photo. That's not to say the book is so bad that the photo stands out as being exemplary; instead, it is meant to be an indication of how awesome the photo is. Now I know, some may have read more recent editions of this novel, and for those individuals I am truly sorry, because they've missed out. You see, that Ian McEwan we all know, the one with the feathery gray hair, suit jacket, and professorly stare, once aspired to be the Lennon of Literature. 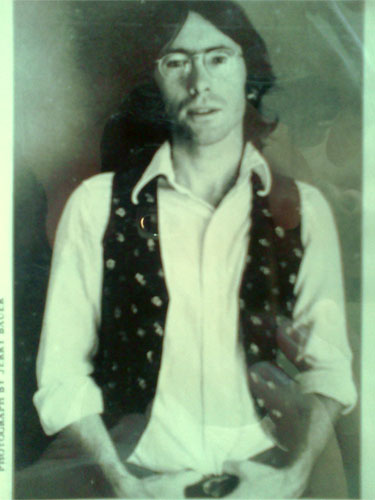 Oh yeah, didn't I tell you?

Enough about the seventies. Some people hate The Cement Garden and they should. It might give them cooties. Yeah, there are some of those societal taboos here, but they didn't phase me. Maybe I'm just as perverse as McEwan, though I can honestly say I was never able to rock a vest quite like that. The novel worked for me. It got across what it needed to in its brevity and it did so in a terrific voice. I like young McEwan—he knew how to simultaneously stay involved in his characters while keeping the reader interested. I have to read more McEwan before making a definitive judgment, but I get the feeling his earlier works are the most... engaging.

Some will find this book vulgar—and I certainly think many authors who would've touched the same subject would've made it so—but with McEwan it almost has a beauty to it. It's a straight forward story told without flair or trick, and, for some readers, that itself may be more vulgar than the plot. What's not vulgar, however, is that photo.